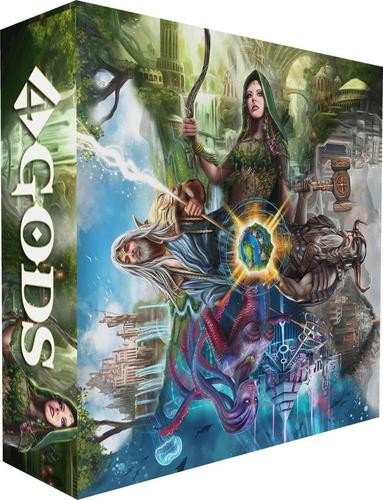 Four Gods is a real-time tile-laying game in which players create a world — one tile at a time — before laying claim to one of the four gods of their world and attempting to win followers by sending prophets into that world.

In more detail, players sit outside of a cardboard frame that represents the limits of the world. Each player starts with two randomly-drawn tiles in hand, with each double-sided tile depicting 1-3 types of landscape out of the four types present in the world.